Have you ever wanted to go back in time to witness pirates in action? That’s exactly what the Gasparilla festival of pirates is all about. Since 1904, people across the country have flocked to Tampa, Florida to unite with fellow pirate enthusiasts and celebrate the city’s legendary history. Let’s take a closer look at what Gasparilla is and how to celebrate in style.

Gasparilla is an annual festival named after José Gaspar, a legendary Spanish pirate who supposedly wreaked havoc across the Gulf of Mexico. Although there’s no proof he actually existed, the stories of his conquests are enough to have earned him a loyal set of fans, including a group called “Ye Mystic Krewe of Gasparilla” (YMKG).

On the last Saturday of January — dubbed “Gasparilla day” — YMKG members sail across Tampa Bay on a decorative “pirate ship” containing colorful flags, crow’s nests and mini-cannons. After reaching land, they march to the Tampa Convention Center and “steal” the mayor’s keys to the city. This playful conquest of Tampa is then commemorated with a citywide parade. Community members and tourists gather along Bayshore Boulevard to mingle, admire floats and cheer on the victorious YMKG crew. The parade concludes at the Tampa Riverwalk, but celebrations continue throughout the night.

While Gasparilla originated as a way to honor Floridian folklore, it has expanded far beyond state borders. It’s estimated to be one of the largest parades in the United States and attracts approximately 300,000 people every year. Its popularity has even led to the formation of other pirate-related events in Tampa, such as the Gasparilla Music Festival. Overall, Gasparilla is more than just a day of festivities — it’s a chance for fun-loving, creative individuals to participate in a centuries-old tradition and release their inner pirate.

What are the Gasparilla Parade Essentials?

As you can probably guess, most Gasparilla attendants arrive in full pirate attire. However, for vendor companies lining the parade sidewalks, celebrating the event requires more than just a hat and eye patch. Even in January, the sun still shines strongly in Florida, which makes commercial rental tents a must-have for all vendors. Keeping food and souvenirs out of the heat keeps pirates and vendors alike happy all day long.

Ultimately, vendors from near and far will be looking for event tents before the next festival of pirates at the end of this month. If you rent supplies, make sure you’re prepared by having high-quality Gasparilla tents available.

Is your rental center in need of a tent manufacturer in Tampa? Tent Renters Supply is here to help. For over 40 years, we’ve developed custom tent solutions for businesses across a multitude of industries. Our modern technology and strong manufacturing capabilities enable us to produce first-rate, personalized tents at rapid speeds. Along with quick turnaround times, we offer factory direct prices and hands-on customer service. For quick, custom tents, contact Tent Renters Supply today! 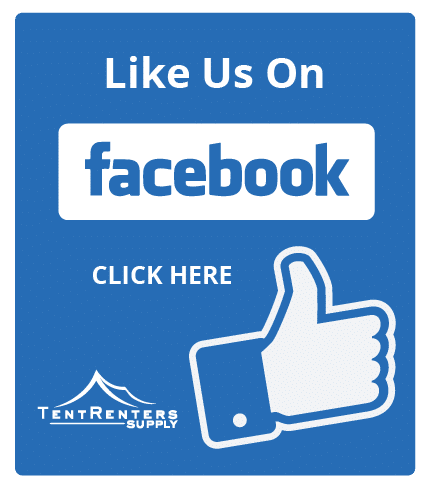